Ex-Navy SEAL Christopher Mark Heben was shot Friday night in Bath Township, Ohio, days after warning Americans on the Judge Jeanine Show about how easy it would be to take down the US power grid as shared in the 2nd video below. Christopher had been working upon a new project called The Patriot Project. Was this another attempted hit upon Patriotic Veterans? Mysteriously, though police said Heben was treated at a local hospital, the hospital had no record of him being there. 1st video below is a full video report of the shooting incident.


Police are seeking information following the shooting of a former Navy SEAL in a parking lot Friday night.

After Heben was shot in the stomach, he followed the vehicle carrying the shooting suspect but began to feel ill and drove himself to the Bath Township Police and Fire Department to seek treatment, McNeely said.

The chief said Heben was hospitalized at Akron General Medical Center, but the hospital said Monday it had no record of him being a patient there. Posted by Unknown at 8:09 PM No comments:

Erik RushMarch 20, 2014
It sounds like an expensive cigar, but Diego Garcia is actually a United States military base that we technically rent from the United Kingdom. At 967 nautical miles south-southwest from the southern tip of India, it is more or less midway between Indonesia and the African continent. The US Navy operates its Naval Support Facility (NSF) there, which is a naval ship and submarine support base, military air base, as well as a communications and space-tracking facility.
It also includes a base of operations for the CIA. You’ll note there is no question mark at the end of this article’s title. 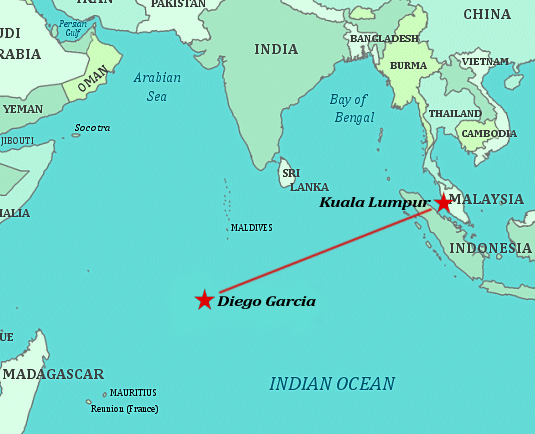 Why so few have postulated that this facility may have played a part in the disappearance of Malaysia Airlines Flight 370 may or may not seem odd at first blush given the circumstances: I mean, it’s not a secret base, though clandestine activities conducted there certainly would be. At any rate, I am told Diego Garcia is the location to which Flight 370 was diverted. My source has actually been to Diego Garcia, and assures me that you can land a Lockheed C-5 Galaxy there. Those are the military transport planes they load tanks aboard, and they’re just about the size of a Boeing 777.
At Diego Garcia, some 20 civilian technical personnel were removed from the aircraft for interrogation. On March 8, Reuters reported that 20 employees of U.S. chipmaker Freescale Semiconductor were passengers on Flight 370, according to a statement from the company. It is said that these employees traveled regularly between company facilities in Tianjin, China, and Kuala Lumpur. It may be presumed that these individuals were the same 20 who were reportedly taken to Diego Garcia for interrogation, although my information holds that the detainees (if you will) were working in their capacities as contractors.
Reports earlier this week that the flight plan deviation was programmed into a computer system on board (rather than being executed manually by one of the pilots was quite accurate), I am told. The airliner was taken over remotely by US intelligence operatives at the behest of those at the highest levels of our government.
It has been speculated that the plane was hijacked and the 20 Freescale Semiconductor engineers kidnapped in order that nefarious parties might access a revolutionary software package that could prove invaluable to those in the espionage community. I have been informed that this is not the case, and here are a couple of reasons I am inclined to believe so: Whistleblower Edward Snowden was able to purloin thousands of NSA digital files, distribute them, and escape the country without involving one other person. I’ve also heard – firsthand – of even more intricate and dangerous missions being carried out by less than three individuals.
No, there would have to be a great deal more involved than a software package to commandeer an airliner, kidnap technical contractors, and then “disappear” the plane and over 200 passengers (who, sadly, were most likely murdered for the sake of expediency).
The “great deal more” I am told was rather a revolutionary piece of hardware, not software, and it is not integral to digital data systems, although it is no doubt used in conjunction with them. The engineers were part of a joint US-China effort that resulted in one of the most advanced small gyroscopes for flight ever developed – flight, as in long-distance space flight.
As you probably know, China has made great strides in the area of space flight in recent years, and they’re quite proud of it. And considering the Obama administration’s intentions to devastate America’s economy, enslave her people, and part out her resources to Russia and China, a joint US-China space initiative doesn’t seem out of the ordinary. Why, it’s as American as McDonald’s on a Beijing street corner, right?
So what went wrong? Well, apparently the DOD got wind that these engineers (who, despite operating under the auspices of Freescale and/or other companies, were not American nationals) were on their way to abscond to China with their prototypes (which were in the cargo hold of the 777) and other valuable materials, thereby cutting the US out of the program entirely.
And why not? It’s fairly well-known in the intelligence community that the Chinese government has absolutely no respect for President Obama, and his telegraphing weak foreign policy all around the world wouldn’t lend itself to a sudden changing of his stripes (ineffectual posturing over Ukraine notwithstanding). Additionally, my understanding is that China technically owned this technology; the US was aiding in its development under a partnership, which apparently the Chinese decided to end in a rather ex parte manner.
The CIA went into action, in concert with the DOD and Boeing engineers. They commandeered Flight 370 en route, digitally, without the foreknowledge of the pilots or crew, diverting it to Diego Garcia. I imagine that’s where the aircraft made that now-infamous and mysterious turn just northeast of Malaysia.
So essentially, the CIA double-crossed the Chinese before they could double-cross us. 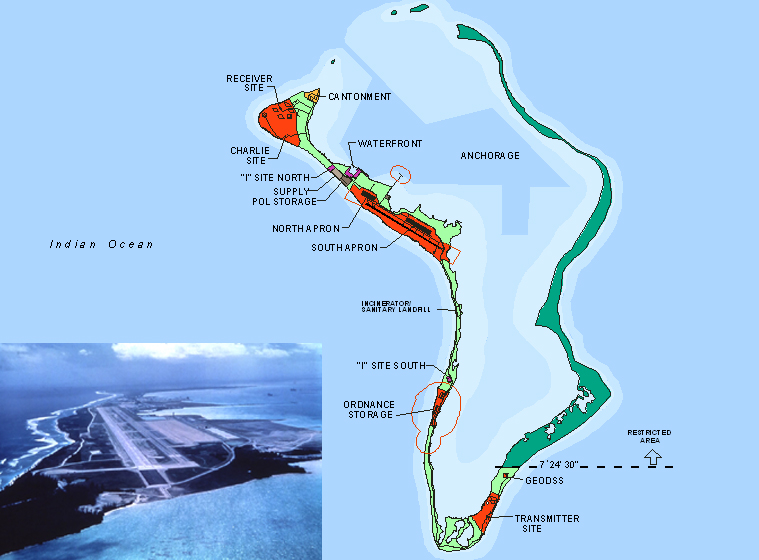 The fate of the airliner is an aspect of this story which was not made entirely clear. I understand that there is still a possibility that it has been or will be crashed somewhere along its original flight plan, so that officials can claim having “missed it” during earlier phases of the massive search. Amidst the tangled wreckage, no one will be able to tell that the passengers had actually been dead for a week or two. Another possibility is that the airliner was later transferred to Pakistan, where its final disposition is anyone’s guess.
Flight 370’s pilots (one of whom being the pro-Islamist Zaharie Ahmad Shah) may have been afforded the opportunity to continue on to another Muslim country, blend in and take on a new identity, given the sentiments of those in the current administration. In any case, it was the geeks and the goods that the CIA was after, and I’m led to believe that’s what they got.
My understanding is that the foregoing information has been confirmed at the highest levels of our government, though not the current one, if that’s cryptic enough for you.
At least, that’s what my source tells me. And they haven’t been wrong yet.
Posted by Unknown at 7:51 PM No comments: