by Breitbart TV23 Aug 2012166
CNBC Host Rick Santelli spoke with James Koutoulas about the ruling by the Department of Justice that they believed no crimes were committed by MF Global. Santelli asked, “You know, Edith O’Brien supposedly has information. Yeah, you must have information if you want to be protected to give it. You told me they never even really went that route. They didn’t give her any immunity. So they don’t care that she knows something that probably isn’t very good? That’s it?” Koutoulas responded, “Right. By not giving her immunity, it’s a way to stalemate the case and say, ‘Well, we don’t really have enough evidence to prosecute it. But Attorney General Eric Holder’s Department of Justice is the biggest enabler of financial crime in U.S. history, and that’s why, way back in January, we went to Congressman Grimm, and we asked him to write a letter demanding that independent counsel be appointed for this case. And 65 congressmen agreed with him.” 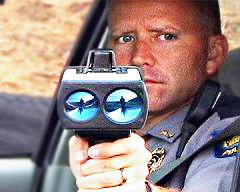