Obama announces CDC SWAT teams to round up infected people.

Obama announces CDC SWAT teams to round up infected people.

President Obama, who has notably ignored our open Southern border, welcomed illegal aliens, and refused to institute a travel ban from Ebola-ridden countries, has a hardcore solution for Americans who are potentially suffering from Ebola. He’ll just increase the police state another notch. “What I have directed the CDC to do is that as soon as somebody is diagnosed with Ebola then we want a rapid response team, a SWAT team essentially, from the CDC, to be on the ground as quickly as possible. Hopefully within 24 hours.”. InfoWars

Posted by Unknown at 7:35 PM No comments:

(by Charles C. Johnson, GotNews) -- Ebola’s ebola czar called overpopulation the top leadership concern of the world, Gotnews.com has learned.
Democratic operative Ron Klain and his wife, Monica Medina, spoke with a Georgetown interviewer in 2008.
&lt;br/&gt;
“I think the top leadership challenge issue in our world today is how to deal with the continuing, growing population in the world and all the resource demands it places on the world and burgeoning populations in Africa and Asia that lack the resources to have a healthy, happy life,” Klain said.
“We’ve got to find a way to make the world work for everyone,” Klain said. “Climate change is an issue that impacts [sic] that greatly by making it harder for people to live where they live, by causing disruptions, and lack of resources.”
Klain also cautioned America to stay engaged in the world, a view that might color how he deals with America’s ebola response. “I think that the days when Americans could just be focused on America and not really be engaged in the world are past us. Our economies too dependent on events overseas, our political system is dependent on events overseas.”
Posted by Unknown at 7:33 PM No comments:

Breaking: Canadian Soldier In Critical Condition Due To Possible ISIS Attack in Quebec

Breaking: Canadian Soldier In Critical Condition Due To Possible ISIS Attack in Quebec

The Prime Minster is refusing to confirm or deny the terrifying report.

B. Christopher Agee — October 20, 2014
According to reports out of the Quebec city of St. Jean sur Richelieu, a man went on a frenzied rampage targeting members of the military after he was heard speaking about the terrorist group Islamic State, also known as ISIS.
CJAD reported the man entered a Department of National Defense office late Monday morning and, prior to exiting, spoke to at least one individual inside about the Islamic extremist network. Upon leaving the military office, reports indicate he got into a vehicle and struck two soldiers, critically injuring one and leaving the other with less severe injuries.

Advertisement-content continues below
After driving away from the scene, the man apparently lost control of his vehicle, which flipped several times and came to rest in a ditch. Police caught up with the suspect and fired on him, striking him at least five times. The unidentified man was initially hospitalized in critical condition. Subsequent reports indicate he later died from his injuries.

Local leaders are asking the community to refrain from categorizing the incident as a terror attack until an investigation is complete; however, speculation continues to abound that the motivation behind this hit-and-run was Islamic extremism.

Shortly after the suspect was shot, the matter was discussed before the House of Commons. So far, Prime Minister Stephen Harper has only confirmed that he is “aware of these reports”; and police have been similarly tight-lipped.

Advertisement-content continues below
Lt. Guy Lapointe elaborated only as far as to say that “the theory that this is a deliberate act is part of what we’ll be looking at.”

Read more at http://www.westernjournalism.com/canadian-authorities-respond-isis-linked-attack/#S5xLOqYrw2BQGfir.99
Posted by Unknown at 7:02 PM No comments:

By David Martosko, Us Political Editor for MailOnline
Published: 10:39 EST, 20 October 2014 | Updated: 13:45 EST, 20 October 2014
6.2k shares
421
View comments
U.S. Citizenship and Immigration Services plans to seek a vendor to produce as many as 34 million blank work permits and 'green cards' – the paperwork that authorizes illegal immigrants to live and work in the United States – as the White House prepares to issue an executive order after the Nov. 4 midterm elections.
According to a draft solicitation published online, the government agency will look for a company that can produce a minimum 4 million cards per year for five years, and 9 million in the early stages.
President Barack Obama has pledged that he will make a move on immigration reform this year. His original timetable called for a decision by the end of the summer.
Republicans have decried the plan as an 'amnesty' for millions of illegal immigrants, including hundreds of thousands of unaccompanied minors who have come across the U.S.-Mexico border this year.
SCROLL DOWN FOR VIDEO AND THE DOCUMENTS Along with its solicitation for blank green cards and work permits, USCIS published images showing what the finished cards will look like
A draft RFP – a Request For Proposal – is typically published in advance so government contractors can prepare to submit their bids when the final version is published.
The draft came complete with photos of what the finished cards will look like.
Breitbart.com first reported on the planned solicitation.
Obama's high numbers of illegal immigration 'removals' – what used to be called 'deportation' – has earned him the nickname 'deportation president,' but most of those ejected border-crossers never get to the interior of the U.S.
Still, activists have protested his policies, including some who heckle his speeches. One yelled at him Sunday in the middle of a campaign stump speech supporting Democratic Maryland gubernatorial candidate Anthony Brown.

A USCIS official told MailOnline on Monday that the draft was published 'in case the president makes the move we think he will,' but added that the agency's Document Management Division (DMD) is by no means committed to buying the materials.
A second official at the agency said the proposal was drafted as a contingency in case immigration reform legislation passes in Congress, not in anticipation of action from the White House.
Either way, the online draft explains that 'DMD requires card consumables for the production of USCIS' Permanent Resident Card (PRC) and Employment Authorization Document (EAD) cards.'
'These cards and related consumables, when assembled, become highly specialized and secure identification documents.'
And a successful bid, the draft solicitation says, will be able to support a 'potential "surge" in PRC and EAD card demand for up to 9M (9 million) cards during the initial period of performance to support possible future immigration reform initiative requirements.' Advocates for Mexican and Central American immigrants have lambasted Obama for deporting illegal aliens even though the numbers are down sharply. This Sept. 8 protest in front of the White House featured a crying young boy (left) whose father was deported Obama delayed his immigration action until after the midterm congressional election to avoid alienating law-and-order voters, but can afford to frustrate illegal imigrants – who can't legally cast ballots
Former State Department foreign service officer Jessica Vaughan, now an immigration expert at the Center for Immigration Studies, told Breitbart that the RFP 'seems to indicate that the president is contemplating an enormous executive action that is even more expansive than the plan that Congress rejected in the 'Gang of Eight' bill.'
That legislation, which passed in the U.S. Senate last year only to be stalled in the House of Representatives, was a broad reboot of American immigration policy that won support from a handful of Republicans.
In included a provision to provide a pathway to citizenship for so-called 'dreamers' – people living in the country illegally who were brought to Americans as children before June 15, 2007.
Obama's Deferred Action for Childhood Arrivals (DACA) program, which he ultimately enacted without congressional support, uses the EAD cards as part of its implementation.
Obama puts the brakes on immigration reform USCIS says it processed 862,000 EADs overall between January and June of this year.
But 'the guaranteed minimum for each ordering period is 4,000,000 cards,' according to the draft RFP.
'The estimated maximum for the entire contract is 34,000,000 cards.'
The company that ultimately wins the contract will also be required to store the blank cards until the government needs them.
USCIS draft solicitation uploaded by MailOnline
Read more:

by Taboola
Sponsored Links
From the Web 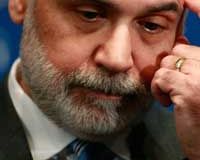 16 Child Stars Who Grew Up To Be Super Attractive!Parent Society

28 Celebs Who Have Severe IllnessesPressroomVIP

See The Before and After Photos of 18 Celebs Wh…POPnHOP

Jessa Duggar Should Think Twice About the F…Stirring Daily

View all
The comments below have not been moderated.

Tusents, Charlotte, United States, moments ago
Welcome to all of 'em! SOMEbody needs to pay into Social Security so I can retire by age 70.
0
0
Click to rate

Izzie of Boston, Boston, 6 minutes ago
What a scam! x 34m!
1
4
Click to rate
stargirl, miami, 13 minutes ago
why do they need 34 million green cards---haven't we been hearing for 25 years that there are only 12 million illegals in the country?
1
8
Click to rate
Vito Esposito, St. Petersburg, United States, 13 minutes ago
Obama is one of the most deceptive, devious and dishonest individual to occupy the White House, intentionally waiting until after the Mid-term elections purposely trying to sway the elections. Obama knows if he carries out this UnAmerican action that would saddle taxpayers and states with additional financial burden Americans would not approve and he'd awaken the silent majority. So purposely delay any action. What a disgrace!
1
11
Click to rate
Cam, Baltimore, 19 minutes ago
Globalism always results in the US middle class being squeezed to pay for the elite & low class welfare.
0
19
Click to rate
Felix Jones, Dallas, United States, 23 minutes ago
" illegal rights!" I have rights as an american, not you. Stay back and develop your country. Stop making your problem ours.
4
33
Click to rate
Felix Jones, Dallas, United States, 24 minutes ago
" illegal rights! " I have rights as an american citizen, not you. Stay in your country and develop it. Stop making your problem ours.
4
17
Click to rate
Denise, Oakland, Ca, 26 minutes ago
Scary red arrows!!!! There are your liberal voting problems right there!!!!
3
20
Click to rate
redheart, DEER PARK, 29 minutes ago
Our first Marxist President. I really fear he won't leave when his term ends.
2
29
Click to rate
TrueBrit, Uk, 31 minutes ago
It's incredible to see that what's happening in the US mirrors what's happening here. Reading all these comments shows me that you're suffering in the same way as we are over here. As a member of the wonderful EU, we have totally open borders to 28 European countries, including most in the former communist eastern block. That's a total population of 500 MILLION people - ALL of which can legally come to the UK if they so wish. We have absolutely no idea how many are here because the government don't keep records. Add the millions of illegals from elsewhere in the world & it's a ridiculous number. Our country is going down the drain & we are losing our culture, traditions & identity. Towns and cities are being overrun by millions of non English speaking people doing low paid unskilled work or on benefits. Wages are rock bottom & half the UK are paying for the other half. At least we have hope - Nigel Farage & UKIP to fight Labour, Conservatives & liberals. I fully empathise with you!
1
36
Click to rate
The views expressed in the contents above are those of our users and do not necessarily reflect the views of MailOnline.

By posting your comment you agree to our house rules.

Who is this week's top commenter? Find out now

From the Makers of Candy Crush

Farm Heroes Saga, the #4 Game on iTunes. Play it now!
more
Posted by Unknown at 6:41 PM No comments: